It’s relatively predictable that the match reports are based around whatever it is I’m reading or listening to at time of writing. What complicates matters is when I don’t get around to writing them and the clashes pile up and the themes and background thoughts all drift away like most of the players during the team talk.  Three’s company, threesome, three men and a baby, three musketeers, three amigos, the Indiana Jones trilogy (before it became shit), Rocky III, three match reports in one. Three, is indeed, the magic number. So here we go with a three in one match report. 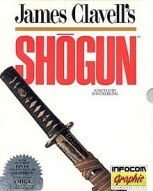 You’d expect this entry to be an opus of James Clavell magnitude given the three matches I need to cover. I’m going to disappoint, this will more Falcon Crest than Dynasty (and if you got all the intricate references in that paragraph, I implore you, stop reading now, it’s only going to get worse).

Today’s dive into the recent tribulations of the Sunday Sociadads football crew starts with a home match against Ashtead Vets. In Fleet Sociadads Christmas Post Office tradition, we ship goals early to avoid disappointment and this match was no exception. 0-2 down after twenty minutes and the cowardly lion in the middle of the park throwing out disappointed looks like they’re on a special 2 for 1 deal. Some inspired substitutions by yours truly got the balance back and it was pulled back to a 3-2 defeat. I’d like to add more but I was high on ibuprofen and hot wing crisps.

Monkey nominations all over the place. Rix getting a nomination for rousing the team to get another at 0-2…. Spavo gets a nod, or would have done if he’s stayed around. Adam gets a shout for a great piece of attacking play, capped with a shot so powerful it nearly left his foot, I’ve seen more power in a Scoot tackle and that’s not a compliment. Andy pulling out a no look pass with added looking to set up their third is a good option, but ever present keeps, Knights tips it, which is more than he usually does, for misreading a back header from our Battle-scarred Galactico, King.

Man of the match a clear and away winner in our resident vertically challenged outfielder. Which hopefully narrows it down to 70% of the team. I’ll narrow it further by adding he scores now and then, which gives you less choices than Elton John at Spearmint Rhino. Well done to our Peppermint Patty, Matty Coote.

Round two of this triumphant titillation of football folly takes us away to MFC Popley. Now, you’d think a 5-1 away win would garner a Patrick Swayze cameo sweeping us into the air upon a wave of positive comments. In short, the wizened old vets can bring anything down to a poor result. First things first, I get a call from our keeper pre-kick off because he’s lost and can’t find a parking space. I then hear that Glyn has rocked up and driven into a bus stop. 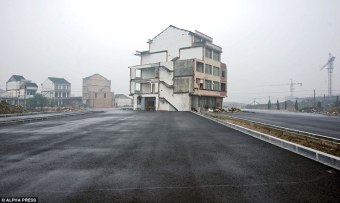 He has form, I recall he once drove into my house when parking and it’s not like my house lies on a road, nor did it jump out like a surprise semi, something that is a frequent sight in the post-match showers. I’m looking at you midfield with your pre-shower warm-ups. His depth perception would also explain why he received multiple nominations for monkey for a wrong leg shin pass.

If you go back through the reports, two things stand out.

The sharper witted among you may have noticed I’m padding, much as Colin appears to do before turning up. I’ve seen less cushioning at DFS.

I didn’t go to the game, I was washing my feet, which lately appear to be the hairiest part of my ageing shell of a body which means the facts may be distorted. I know from history though, The midfield had an alright game, Hughesy (the ‘y’ indicating he can play a bit and probably knows someone called ‘smudger’ or ‘smithy’) delivered again, like a persistent postman. At 5-1 I’m assuming everyone played alright but obviously, the Man of the Match goes to greedy Matty C who, by all accounts, scored a delightful scissor kick to seal the victory.

Monkey, I hear you cry. Perhaps I’ve got my syntax wrong there.

Monkey….. I hear you crying (and frankly I don’t blame you, you’ve read it once, I’ve read it four times now and my tear ducts are dry and I’m contemplating a gin to perk me up). You’ve made it this far, stick with it, there are great things to come in the final chapter. Glyn takes the monkey for modeling his driving on Jan’s finishing….the wrong side of the post.

And finally, cometh the hour, cometh the final chapter. An away cup game against Overton, 5 divisions above us in the league, 19 divisions below Bagshot in the sporting behaviour ratings. Playing on Saturdays we received our fair share of shouting and threats. A highlight being the offer of a beating from the planks of a dismantled shed, but Overton make that threat look like afternoon tea at Richards.

With them winning the first half relatively easily, 4-0 we went into the second half and they scored again, only to be flagged offside. Their centerback felt somewhat aggrieved and decided the linesman was a cheating ‘c’ and I don’t mean ‘cad’. After a brief exchange after asking the ref to get a lid on it, the cheeky young centerback had to be physically restrained from having a fight. The ref, to his everlasting credit did the best part of nothing, telling our captain to ‘f’ off, and I don’t mean ‘fandango’. Their linesman ran over to calm things down by running over and telling everyone to ‘f’ off, whilst their center forward goaded further from a distance. What a sporting bunch of ‘a’s and I do mean asshats.

My guess is that having scored 2 quick goals after half time, the high and mighty Overton were concerned. Indeed, the shout that ‘they think they’re good’ rang out from their back four. It was resolutely answered with ‘no we’re not, we’re 5 divisions below you for a reason’ which appeared to appease nobody.

We won the second half 2-1 which, given the barrage of abuse was pretty solid. Made all the more enjoyable by a lovely young lady offering to ‘f’ing have anyone who argued with her dad’ whilst my own son and nephew watched on from the side-lines. Grass roots at it’s finest and I genuinely hope we never play them again, but a part of me thinks that if we do, we’d give them a much tighter game.

Monkey’s are abound here. The Wizard of Oz lion, Martin offering to punch their centerback for being tall, put ‘em up! Paul Knights getting a nomination for texting the whatsapp group after the match when he meant to text his lad but this weeks winner, Spavo, who having washed the kit then had to sweep the changing room because the wags at the firestation stuffed the kit with shredded paper. On the plus side, I shit in one of the socks for this weeks wash.

Pete’s return to football gets a mention for warming up, then we brought on Adam anyway whilst he was off in the corner.

Man of the Match goes to Knightsy who pulled of a few good saves, including getting a kick in the gut for his trouble.