I went out on Friday night in London with a bunch of old friends. We usually end up in the same pubs at the same times of night drinking the same 5% lager so in an effort to mix things up I went online to find some alternatives. There’s some irony in the ability to google for ‘secret London bars’ and be able to find them and I should have spotted the alarm bells there and then, but ignoring the warning signs we tried some different tactics. After a quick warm up in the Marquis of Grandby in Westminster we headed off to #1 Aldych and ‘The Cellar Door‘. 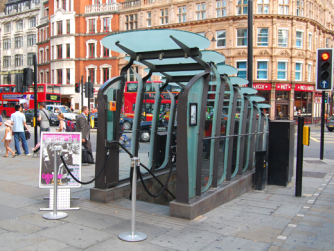 ‘A diminutive club in a converted Victorian loo…” espoused one review

Perhaps a more accurate review would be;

“a tiny bar, which despite only having 3 other people in there managed to take 10 minutes to not bring us a single bottle of beer. All that whilst surrounded by the stench of the original Victorian toilet”.

We left, thirsty, which would go some way to explaining why we went across the road to Me London’s rooftop bar and agreed to pay £8 per bottle of average beer. Elevated views, elevated prices. After our foray in to an overpriced and over-rated world we back to drinking in normal pubs that serve beer in pint glasses.

At around the same time I was drinking my first pint we had a confirmed roster of 16 players for Saturdays away game at BOSC. By the time my hangover cleared at 11AM we were down to 12, then a final drop out took us to 11, 2 hours before kick off. It was somewhat self-inflicted as we’d asked if anyone fancied a rest, but we’d assumed we would get some offers, not an immediate assumption that nobody was needed.

It’s always been an interesting fixture on the big pitch down in Bordon. A few years ago they had a punch up between brothers and this time round an argument about who was sleeping with whose girlfriend in a live version of Jeremy Kyle. Their young winger confirmed to me later in the game that they’d been laughing in the warm up at the bunch of ‘old vets’ and had expected a walk over.

The first 10 minutes looked like they may have had a point with a few scares but then we got ourselves going. Once we started passing a bit and winning headers we didn’t really look back. Solid defending and a firm midfield chasing down the ball eventually created an opportunity for the Earl to square it to an unmarked Captain King for an easy finish. The dapper duke decided against the easy option and drilled one into the opposite bottom corner with a great finish, my assumption being purely to spite the gaffer for making the effort to run the length of the pitch. A deserved goal having already hit the crossbar and post in earlier attacks.

A job half done

The half time team talk was about how to keep at it, more of the same etc. The BOSC lads were getting wound up and the frustrations were causing them problems. A number of free kicks were conceded in and around their half  which led to the one and only time a ‘quick one’ has ever worked, apart from that time you’re trying to get finished before Match of Day/Downtown Abbey starts.

Ollie clipped a diagonal ball at an on rushing Ethers. The ensuing bundle and scramble left the ball to dribble into the net, untouched whist the keeper shouted ‘Keepers!’. 0-2 and in reality they hadn’t a hope. Chalked to Ollie.

Good performances all over the pitch, mistakes made but everyone immediately got on with what needed to be done. When you consider the squad was depleted, we had one substitute and were playing against 15 young, fit and capable kids, this was a great result. We expected a tough match and the result is testament to our commitment to supporting each other and getting the basics right.

Whilst Man of the Match is an online poll now, a few notable mentions. Ollie was, as always, tireless and constantly on the receiving end of elbows, shoulders and late challenges. Ethers running around with more energy than half of their team. Paul Knights, solid at the back with not one bad goal kick and no real nervous moments. John John, great job at left back, the centerbacks Phil and Burkey, solid and Spavo. Spavo ran the line like a man possessed for 5 whole minutes before pulling a muscle and handing over duties to Jeffsy.

So why the review of the London scene? Sometimes sticking to the basics and just getting the job done will get the result. For a final drink the only bar we could find was somewhere in Soho and there were an awful lot of men with beards. Whilst flattering to get my bum pinched in an all male environment, we got to the bar and we got served. We had pints, in glasses and a super splendid time. Getting the basics right.

I’m loathed to commit to a monkey this week as nobody really stood out. There were misplaced passes, missed tackles and air headers, but they weren’t repeated. Ethers went to chip the keeper and kicked it off the pitch but given the efforts to get there it’s a weak nomination. There should be a nomination for BOSC for having abysmal facilities and a referee who made comments like ‘nice tackle’ and ‘great effort’ every time they had the ball. I’m giving myself a nomination for the text I sent the manager late into Friday night. In response to his query about availability I responded, drunkly;

“I’m drunk in a gay bar in Soho, Clearly I’m going to be awesome tomorrow. Awesome like a unicorn”. I was neither.

The monkey this week goes to the absent players who could have played but did other things leaving us to call up an injured Jeffsy at extremely short notice who turned up and played (and scored a disallowed goal), alongside Ethers (ankle), King (hamstring), Dyson (back and a penchant for rainbows), Spavo (something), Ollie (was supposed to leave after a half but stayed to the end). So for those of you that jumped at the chance to pull out…monkeys.

We know that the squad management was the management teams issue this week so as a heads up to all, if we are over subscribed for future games we won’t stand anyone down until noon on gameday. The management will notify players that aren’t needed based on who we have in what positions and will do so as fairly and evenly as we can. Nobody wants to be dropped but sometimes we have to make decisions. It’s very rare we’re overbooked so it shouldn’t happen often.